The City of Sandusky, Ohio sits at the mouth of Sandusky Bay and claims over 26 miles of Lake Erie’s shoreline. Rich in cultural and historic character, the city is centrally located between Cleveland and Toledo, and anchored primarily by lake recreation and Cedar Point Amusement Park the “roller coaster capital of the world.” Sandusky’s central business district has been undergoing a resurgence of investment and business attraction to support tourism and visitors.

Wayfinding is a critical element of helping visitors navigate the community. It not only lets visitors know how to reach their planned destination but also makes them aware of other potential destinations in the area and gives them comfort in knowing that signage will direct them there without getting lost.

Best known for Cedar Point, Sandusky has a lot more to offer. The City has developed into a diverse Lake Erie port town and gateway to nearby island recreation spots. However, limited public awareness around community assets outside of Cedar Point meant visitors were missing out on all that Sandusky has to offer.

While originally solicited as a Wayfinding project, it was apparent that signage would not solve all of the City’s challenges when it came to lack of awareness. Wayfinding could direct people to the downtown — if they were already in Sandusky. However, it didn’t solve the problem of why would they want to go downtown, why would they care to explore? The conversation soon turned to helping the City with Brand Positioning that would be used to attract people and spur economic investment.

It is believed that if the downtown could attract even a small percentage of Cedar Point traffic, it would transform visitors into advocates, resulting in a tremendous impact on local businesses. With a strong belief in their Brand Positioning, the City has been implementing more and more projects that bolster Downtown as a destination. A new City Hall downtown, a boutique hotel, the Jackson Street Pier that allows the public to engage with the waterfront, and the Sandusky Bay Pathway —  an uninterrupted 13-mile-long waterfront multi-use path route are just a few that have recently opened up. The Signage and Wayfinding program is in place to support current and future entrepreneurs and destinations throughout the City and in Sandusky’s historic downtown.

The Truth About Wayfinding 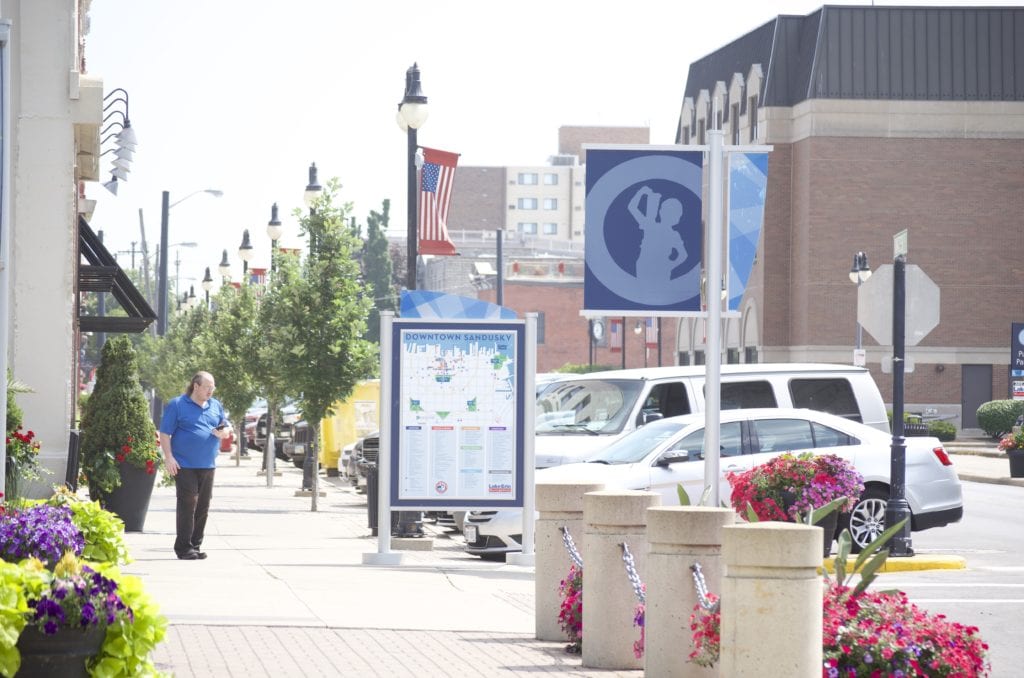 If you are tired of having an outdated and under-appreciated image, we’d like to help! Questions are free, so ask away. We’re happy to listen and point you in the right direction.